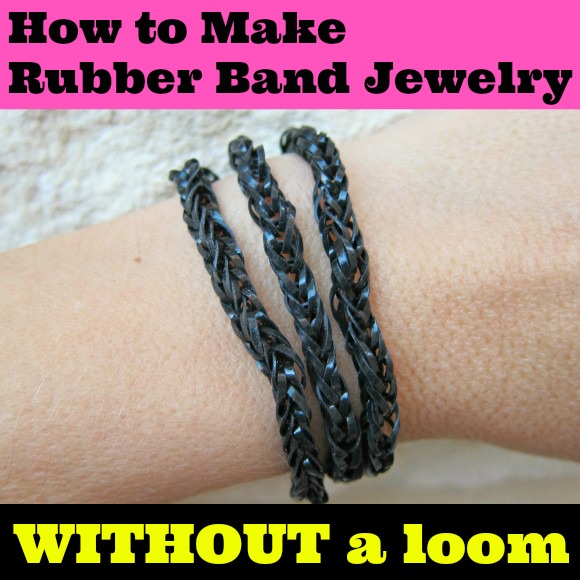 Have you caught the rubber band jewelry making craze?  It seems that the rubber band bracelet loom was one of THE must have items last Christmas.  You actually don’t need a loom, though, to jump into this fad, and you can find the itty bitty rubber bands in the beauty section of Dollar Tree. 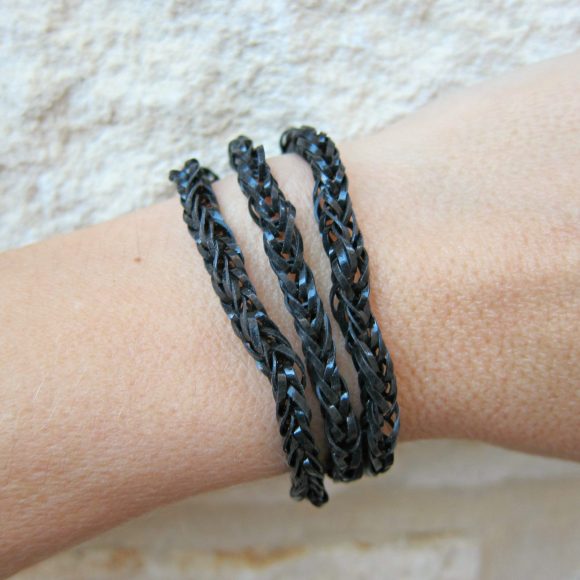 My kids wanted a loom for Christmas, and received one.  Unfortunately, the loom they received requires better fine motor skills than I was expecting, and my kids became frustrated.  I remembered finger weaving as a child, so I showed them how to make their own links using their hands.  They found this to be MUCH easier than using a loom.  While the rubber bands at the craft store are inexpensive, if you’re one of the people who doesn’t live near a craft store you can find an inexpensive substitute at Dollar Tree.  They sell multi-colored bands, too, and some stores even have the bands specifically made for loom weaving, but I opted for the pack of black rubber bands to create a more grown-up piece. 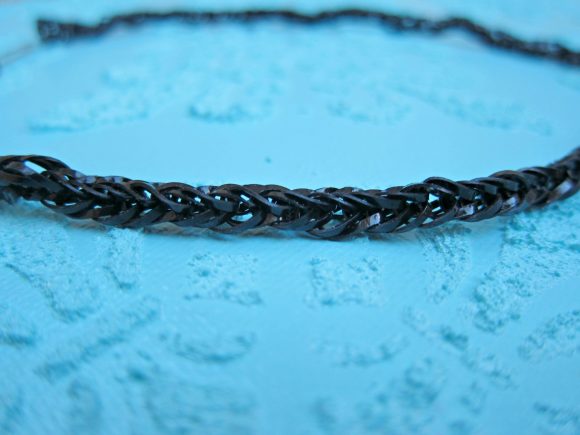 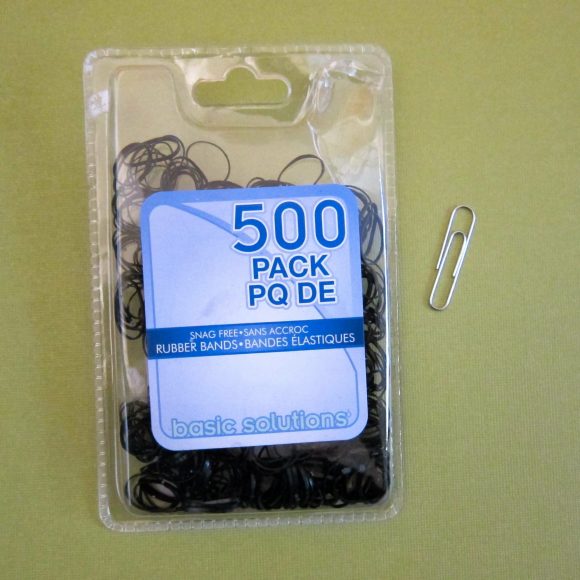 I taught my kids how to make this using two fingers, but this can become uncomfortable, so for this tutorial I used two dowel rods.  You could substitute pencils, chopsticks, or any other small cylindrical object you have around. 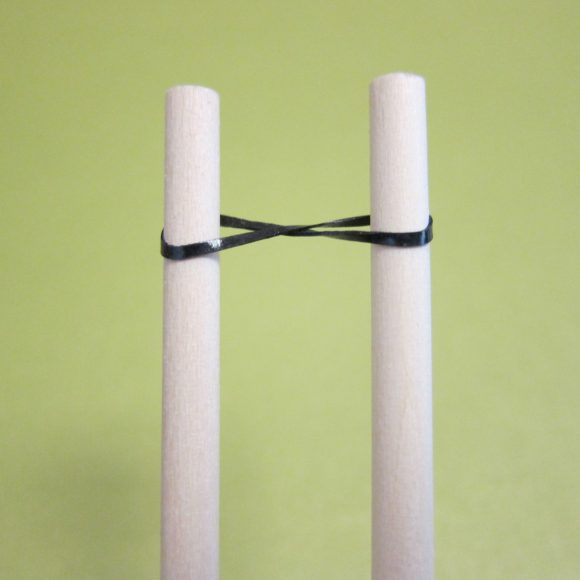 Step one:  Slide a band over one stick, twist it, and slide the other end over the second stick.  This is the ONLY band you will twist. 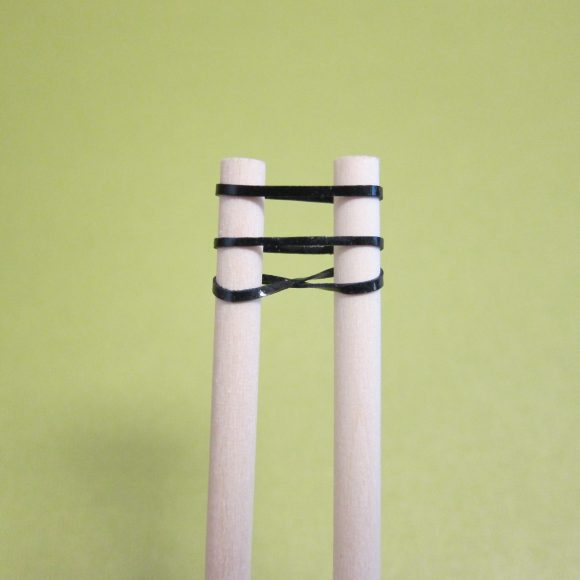 Step three:  Start with left side, lift the lowest band over the top two bands and release it in the center of the two sticks. 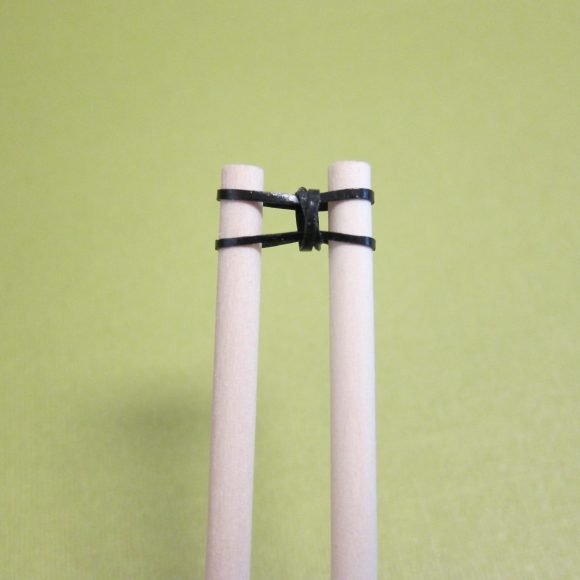 Step four:  Repeat step three on the right side. 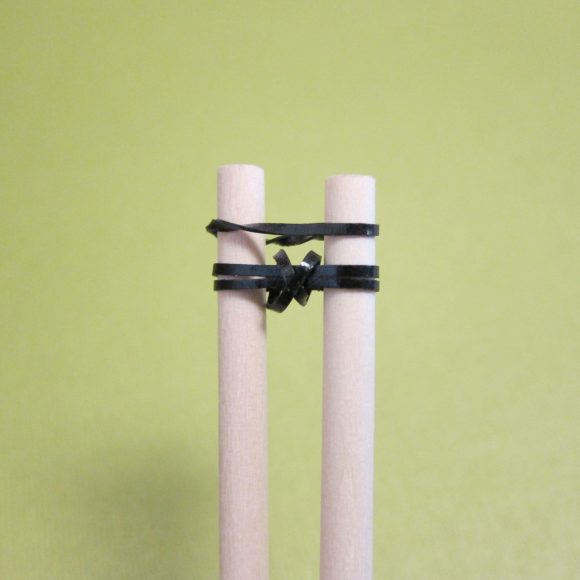 Step five:  Add a band to the top of the sticks. 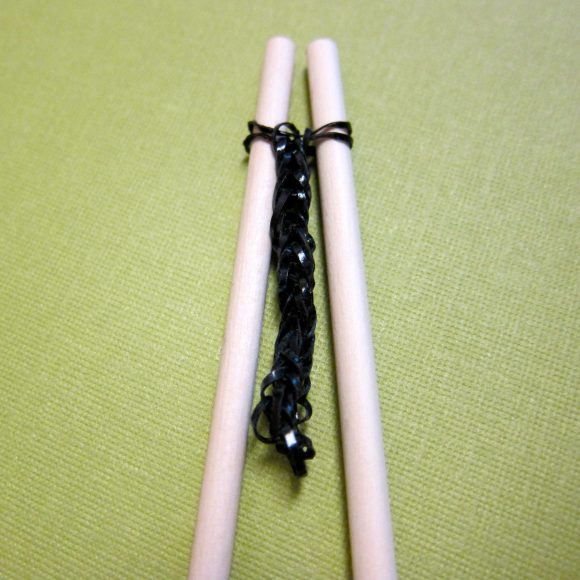 Repeat steps 3-5 until the chain is as long as you want it to be.  Once you get the hang of it, this is a quick project and you can make a necklace in no time. 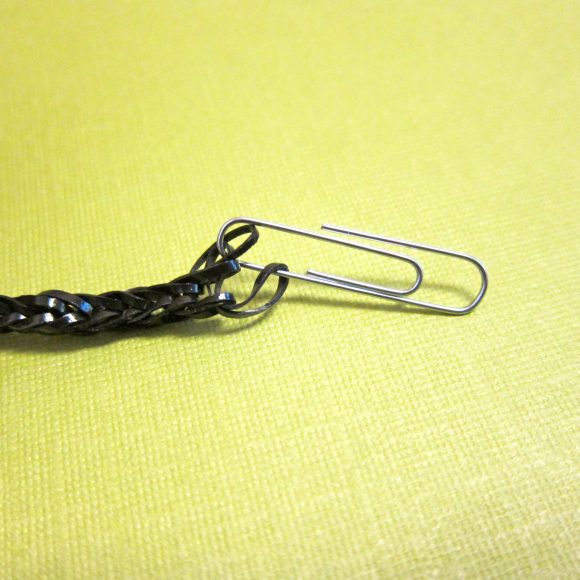 Step six:  When you reach the desired length, use a paper clip to hold the last two bands in place, and join them to the first link you made.  You can use jump rings or other jewelry findings instead, if you have them.

I made a long chain to wear as a necklace.  I glued the heart pendant that I showed you how to make here onto another paper clip and added it to my necklace. 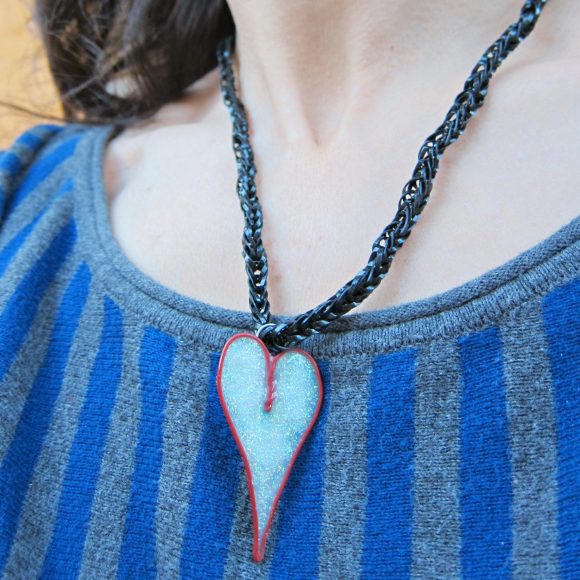 You could also wrap it to make a bracelet, like I did here.  I think the black hair bands look surprisingly hip when they’re looped like this, and I bet most people would never guess that you made it with hair bands from the dollar store! 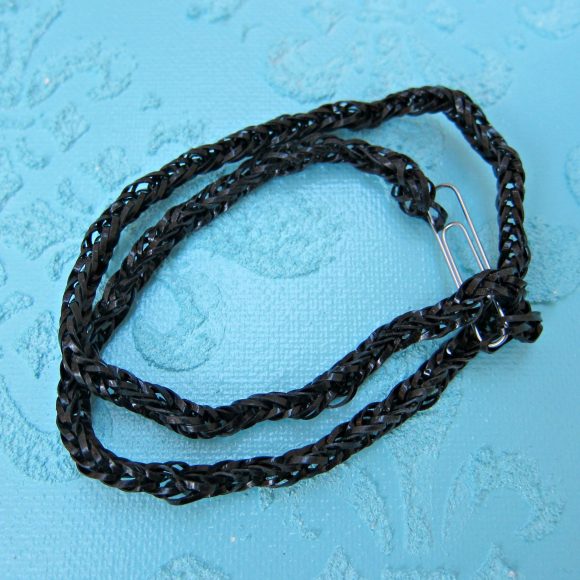 Morena Hockley is the crafty mind behind the tutorials at Morena’s Corner. She loves to share ideas for projects that are frugal and fabulous: easy on the wallet, but still great to look at! Morena is a stay at home mom to four young children, and crafting is what helps her maintain her sanity. It’s a wonderful outlet and it’s how she gets her “me” time. In a past life, Morena was an elementary school teacher and an assistant principal. She misses teaching, so her blog is in a sense a virtual classroom.