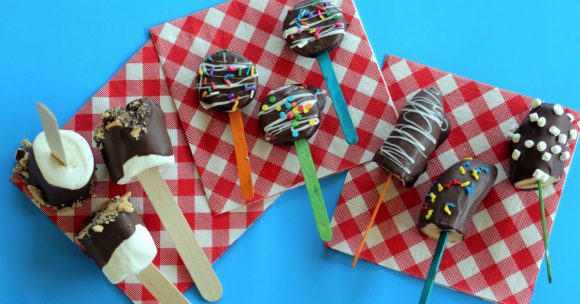 One of the things that fascinates me most about the State Fair is all that yummy fair food! Some state fairs boast over 50 items that are served on a stick. Over at eBay, I shared instructions for making three simple and yummy foods on a stick: S’mores on a Stick, Choco-Bananas on a Stick, and Chocolate-Covered Oreos on a Stick. Find out how to make them all: [Make Foods on a Stick – Recipes]