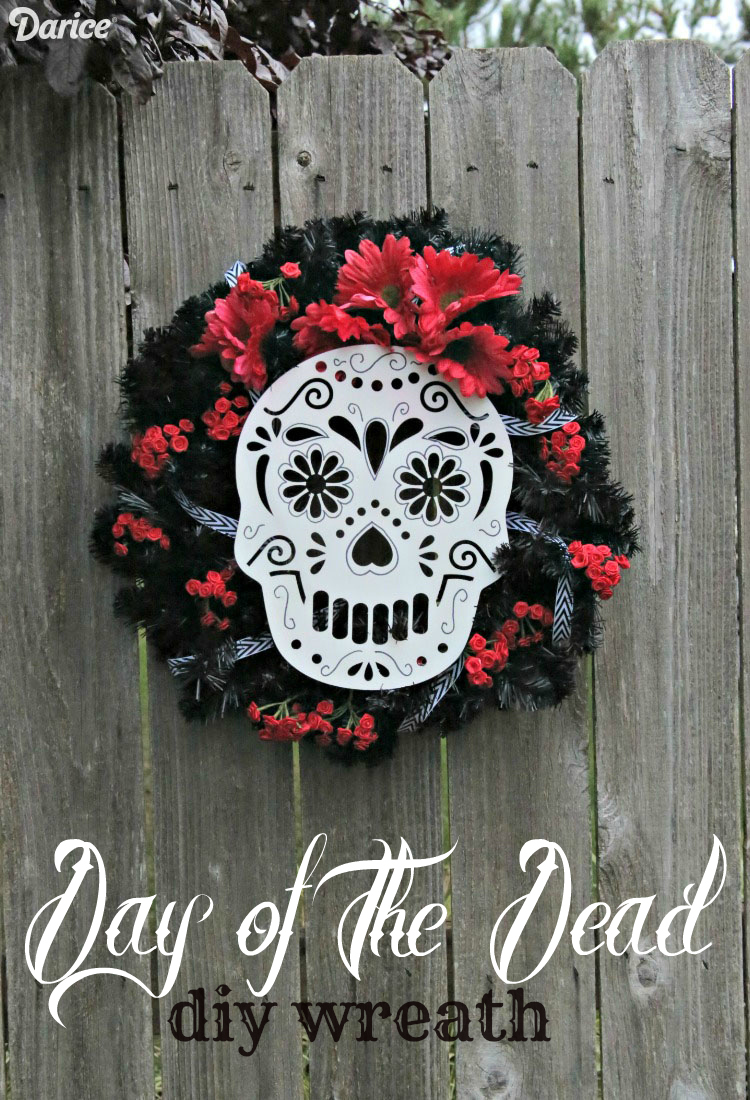 Dia de los Muertos is a fall holiday that has gained widespread popularity in the past several years — a Mexican holiday honoring family and friends who have passed away. Celebrated at the end of October, this holiday (also known as Day of the Dead), is a celebration of life and family. Over at Live.Craft.Love, I’ve posted instructions for a Dia de los Muertos wreath featuring a sugar skull. Instructions available here: [Day of the Dead Wreath]