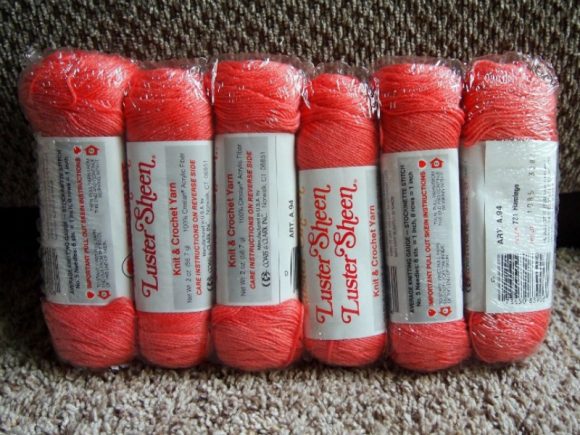 I’ve been really focused on crochet lately. Last year, I started my first afghan, and I quickly got hooked (ha ha, get it?) on crocheting afghans! I just finished my 11th afghan last week, and I’m already halfway done with my 12th. Scroll down below to get a glimpse of my most recent afghan.

After I spent over $100 on my first afghan, I realized that I would not be able to keep making them if they cost that much. So, I started looking for cheaper sources of yarn, and I was thrilled when I found bags of yarn at my local Goodwill for about $7. I was able to get enough yarn to complete an afghan for about $30, which was much more reasonable! Of course, since I like to use neon yarn in my afghans, I still end up buying a few brand new skeins once in awhile.

Over at eBay*, I have come up with 9 Ways to Save Money on Knitting and Crochet. I use several of these methods, and I look forward to trying a few more of them! (*I wrote that article as part of a paid collaboration with eBay.)

So, ready to see my most recent afghan? Check it out (you can click on the right side of the photo to scroll through my album):

And here's my 11th #epicafghan – already started on the twelfth! #crochettherapy