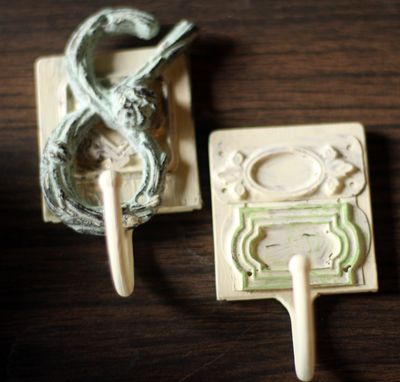 I’m having a cross-blog conversation with Jessica from Crafts for Kidlets. A few days ago, she asked me what my favorite crafting tools are. Then I asked her what craft projects have been successful with her sons (she has two, I have three!). Check out her answer about what crafts are great for boys. She then upped the ante by getting personal! Ha ha, not too personal. But kind of historical. She asked:

Crafts created from merchandise that you buy at the dollar store makes crafting affordable for everyone, and is a truly unique idea. What inspired you to start the Dollar Store Crafts blog?

I will admit to you that I wasn’t a regular dollar store shopper before I started Dollar Store Crafts. It’s hard to believe that now! Before the blog, I periodically shopped at a dollar store, maybe twice a year. The only time I intentionally stepped foot in a dollar store was around Christmas time because I knew I could get silly stocking stuffers there.

I remember the first time I stepped foot in a Dollar Tree. It was when I lived in Houston, Texas. It was a revelation. Dollar Tree was clean, bright, and well-stocked. Before that trip, nearly all the dollar stores I had ever gone to were small independent stores with unreliable inventory and unpleasant atmospheres. But that was a few years before I started DSC. Back to the question.

On one of my semi-yearly trips to the dollar store in 2008, I looked around the store and was inspired by all the cool stuff you could get for a dollar. A lot of it was begging to be transformed into other (cooler) stuff. The idea of a blog devoted to crafts made from dollar store stuff floated around in my head for awhile until one day I started this blog. It was on the wordpress.com site (no dedicated domain name). After about five posts, I noticed people were really responding to the idea. I got regular comments and people were linking to the site. At that point, I realized I had struck upon something so my husband encouraged me to get a domain name and self-host the blog.

So we did, and people kept responding to the site. I didn’t invent crafting with dollar store stuff–people have been doing that for quite awhile. I just created a site that showcases how great dollar store crafting can be.

I have had a lot of fun working on this site! It’s fun to spend a few dollars and make a product that looks a lot more expensive (or not, sometimes – ha ha!). It’s fun to find new crafts to feature, promote my friends’ projects, and make new friends.

Speaking of the things I like about my site, here’s my question for you, Jessica: What’s your favorite part of working on your blog? (Check for her answer soon at Crafts for Kidlets).

For everyone else, chime in here and tell me more about your own site and how it got started!