My dollar store has a lot of these pirate play sets in stock right now, and they include a foam pirate hat. It’s cute, but it’s not as cool as a tricorn pirate hat (a la Captain Jack Sparrow), so I quickly hacked my dollar store pirate hat into a tricorn hat. Much more piratey! Just in time for Talk Like a Pirate Day, September 19th.

If you’re an adult in need of a tricorn hat, pick up a round floppy hat at the dollar store (straw or felt hats will work), and follow this tutorial to make it into a tricorn. Instead of staples, you might want to use a sewing needle and embroidery thread and tack the hat with a large X stitch. If your hat isn’t the right color, paint it before you modify it. Add ribbon or feather trim, and you’re done.  If you are using the stapler method of construction, Youtube user guilty67 suggested using permanent marker to disguise the staples – great suggestion! 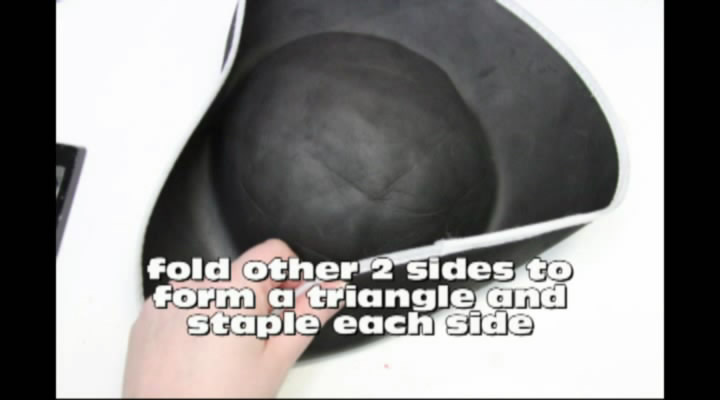