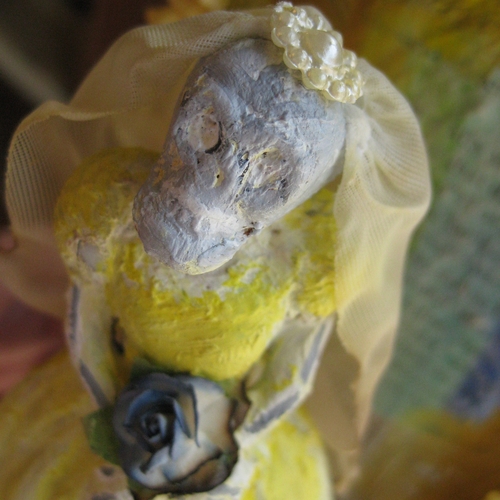 Nicole at Made by Nicole sent me a link to her Day of the Dead project: making calacas. Calacas are skeleton decorations that are frequently used for Day of the Dead, although they are made all year. They’re usually depicted as joyous rather than mournful figures. Nicole cleverly combined a dollar store porcelain figurine with a dollar store foam skull to form the base of her calaca. I love it when you are ingenious with dollar store materials! [how to make a calaca]

p.s. If you like this, check out the La Catrina Doll project from last year