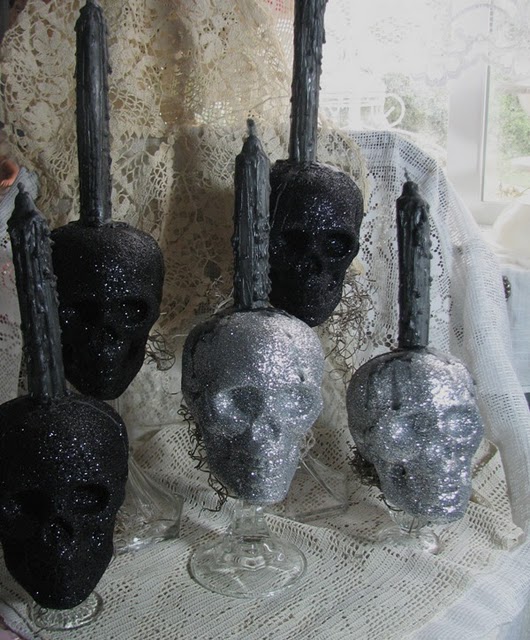 To make the skull candles: