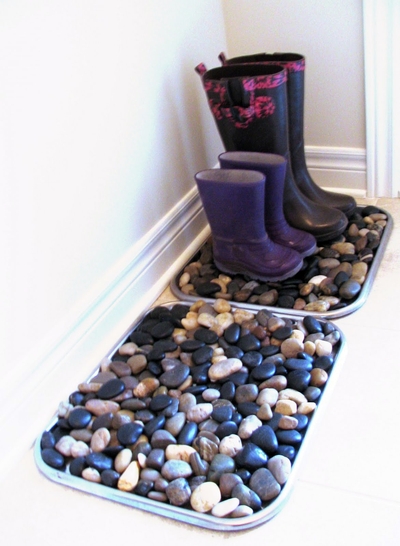 Make a Martha-inspired river rock boot tray with a few large serving trays and several bags of river rocks. Su at Vively Online shared this clever and chic idea. It’s a great way to bring a little of the outdoors inside, and it’s such a simple and pretty idea, like our Pebble Mat from a few months ago, but easier! Those of you who have young boys (like me) won’t be able to make these for a few years, but the rest of you can go out and get a few bags of river rocks next time you go to the dollar store. [how to make river rock boot trays]