One of my favorite pastimes is coming up with funny costumes to dress my baby in come Halloween. A lot of parents have come up with winning handmade baby costumes this Halloween, so I’m writing a post this week highlighting some of the best. Check out my previous posts in the series: 25 Best Geeky Handmade Costumes, 9 Kids’ Food Costumes, 7 Handmade Lego Minifig Costumes, and 6 Adorable Handmade Pixar Costumes. 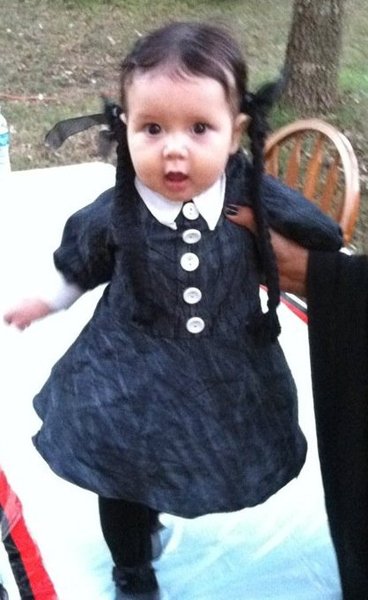 The creator of the costume said: We decided that, as a family, we would dress up as the Addams Family and, of course, our little daughter would have to be Wednesday. So I decided to make her a dress as close to Wednesday’s as I could. Her hair is still short so I had to add braids.

I have to admit, the chubby cheeks make the costume for me! And the phony ponies.

If I were going to recreate the costume, I’d modify an existing dress (as plain as possible) by dying or painting it black, adding white buttons, collar, and cuffs. Add black tights and shoes, and braids, if necessary. 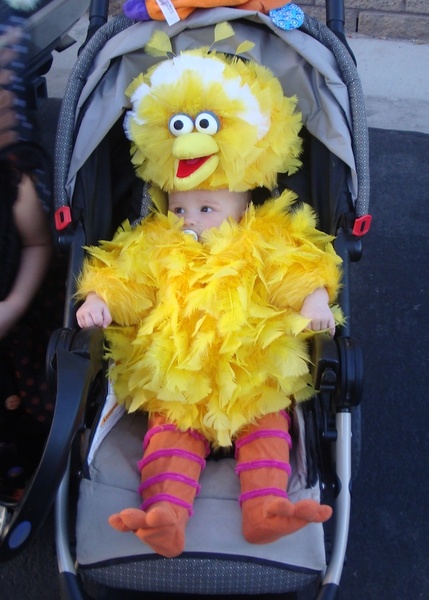 From the creator: Before J. was born his nickname was Big Bird. So it only seemed fitting to make him be Big Bird for Halloween! This costume was done from scratch, with no patterns, by his Mommy. =) 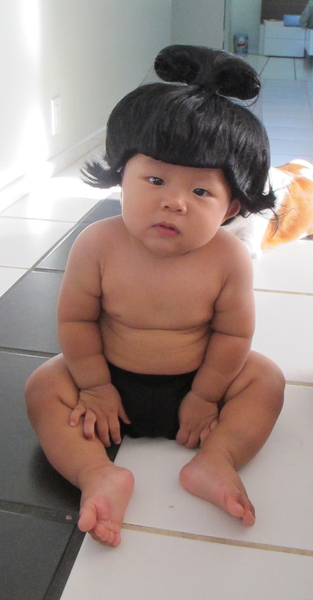 The trick to this costume would be keeping the wig on the baby. 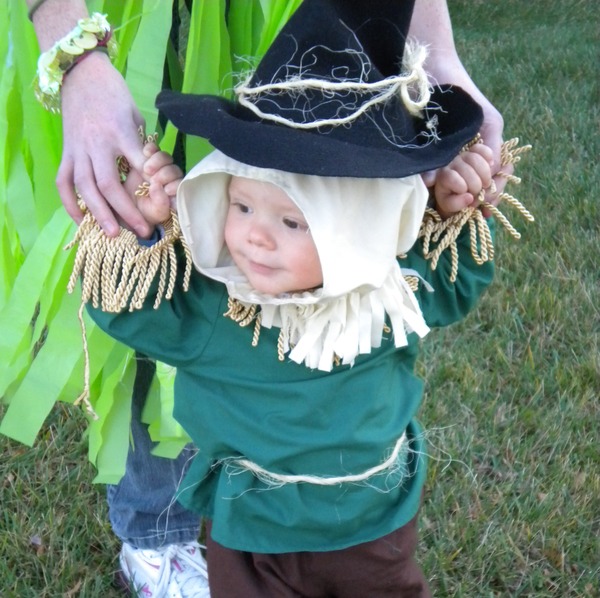 Scarecrow from Wizard of Oz Baby Costume (from here)

The face on the scarecrow is what makes me love this costume. I think it’s because my youngest son is the same age. The rest of the costume is adorable, too, though! 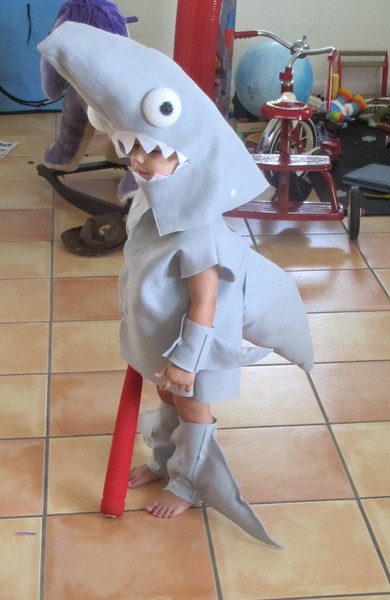 Okay, I don’t think this is meant to be the Candygram land shark, but that’s what it reminds me of. Look s like this shark costume was made out of felt yardage in several costume pieces (shark head, torso, arm fins, leg fins). 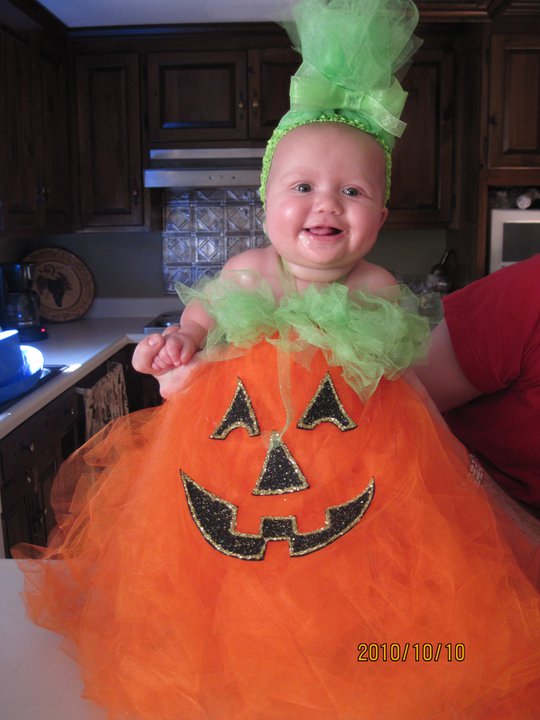 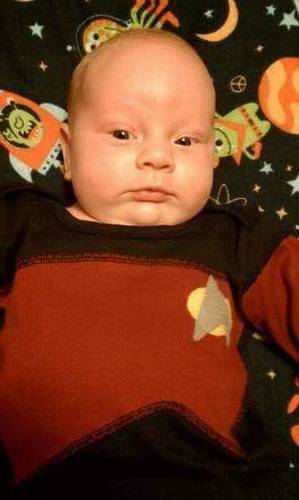 Craftster user VeggieJess made her 8 week son a Captain Picard costume. (I also linked this one in the Geeky Costumes Roundup, but I love this cute baby picture!) 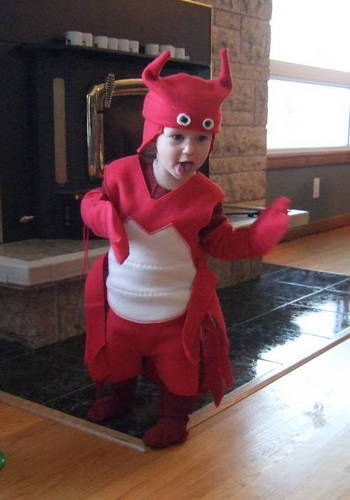 she says: totally DIY including making the pattern

Looks like it was made out of polar fleece in several pieces. A hat, lobster claws, bodysuit. 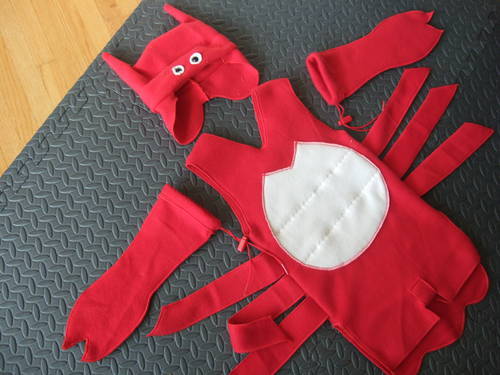 I thought this nice aerial photo of the costume laid out would help if anyone wanted to make their own. More pics here 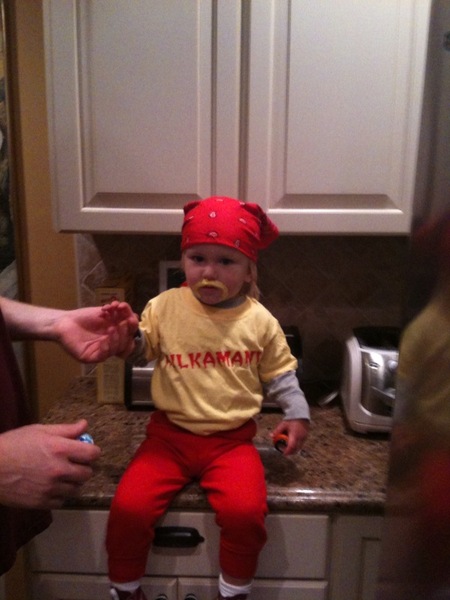 This costume just made me laugh. Perhaps it’s the Hulk Hogan trademark handlebar mustache on a toddler. So cute.