Did you see Heather on The Martha Stewart Show this morning?  It was so exciting!  She was there because it’s costume week on Martha’s show, and the theme of today’s entire show was…  wait for it…  costumes from the dollar store!  Yup, right up our alley!  She got to share one of her awesome costume ideas with Martha, a hard candy costume. 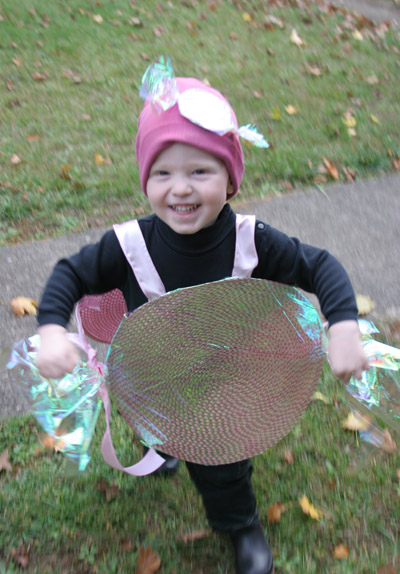 Martha challenged her team of designers to make Halloween costumes on a $15 budget, sending them on a shopping trip to Family Dollar.  It was so much fun to see what they all came up with! 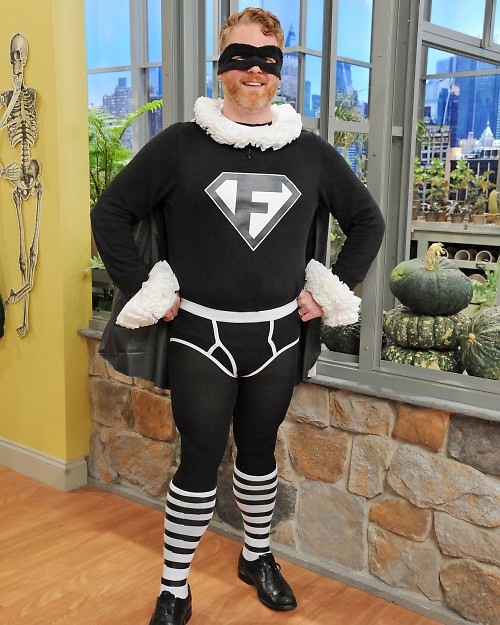 Jim “Figgy” Noonan, Martha’s very own man crafter, came up with a superhero costume.  Most of the details are achieved through clever usage of electrical tape!  The cuffs and collar, which are fashioned from coffee filters, would also be great for steampunk costumes, period costumes, or even for dressing up as a clown.  [how to make a superhero costume] 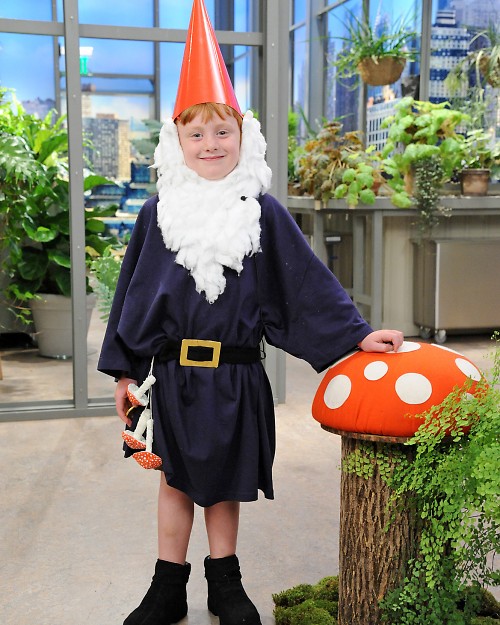 Next up was Kristin St. Clair, who made an absolutely adorable gnome costume.  (And the little boy was such a sweetie!)  There are a lot of really clever ideas at work in the construction of the elements here, especially the beard.  [how to make a gnome costume] 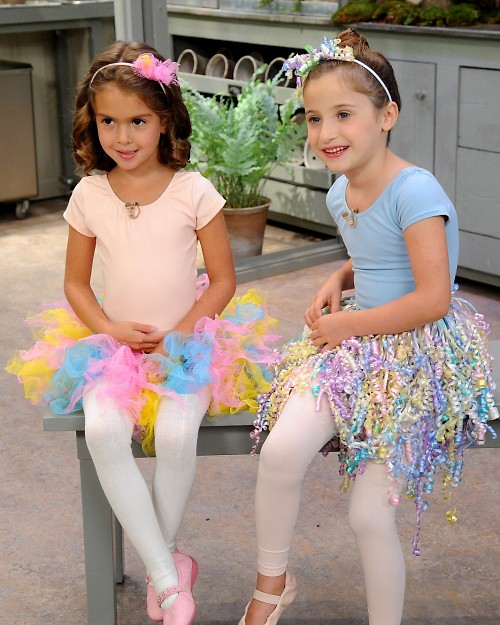 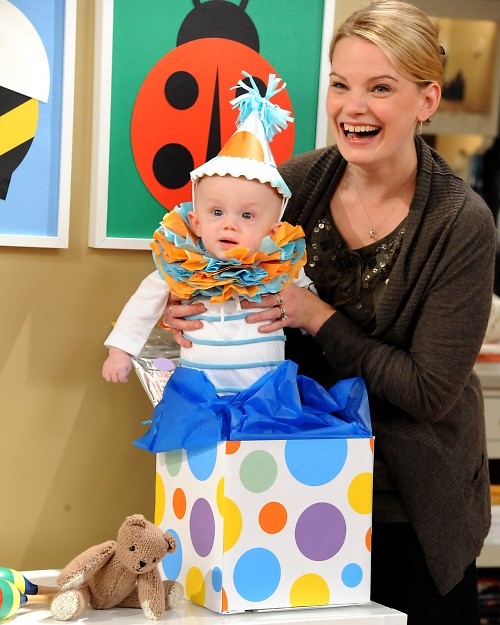 Since she wanted  to play on her baby Jack’s name for his first Halloween costume, Kirsten Earl turned him into a Jack-in-the-box!  Isn’t he precious??  She used Kool-Aid packets to dye the components of the costume, making them both cheap and safe should he decide to chew on anything.  [how to make a Jack-in-the-box costume] 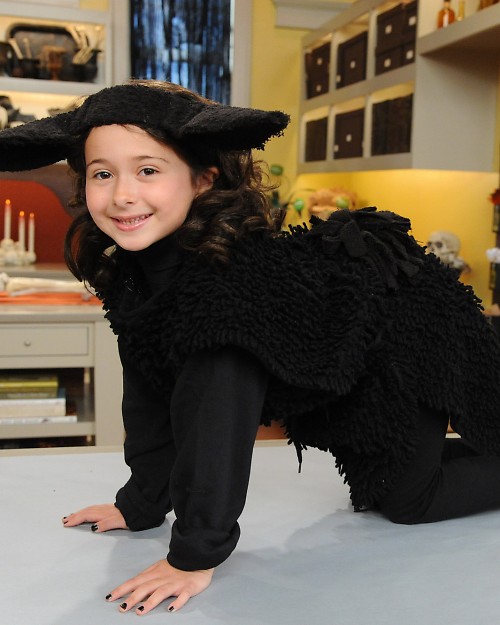 It was so awesome to see dollar store crafting on Martha’s show!  Which costume idea is your favorite?