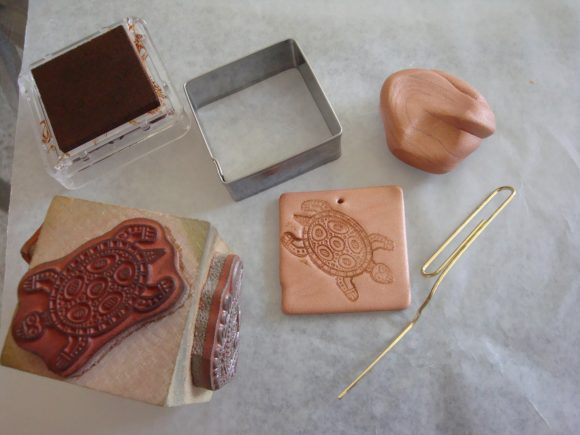 If you have a rubber stamp collection, you know how much money you’ve invested in those little suckers! If you have spent so much money on them, it makes sense to get as much use out of your rubber stamps as possible. Well, I’ve come to your rescue, with 6 Creative Ideas for Using Rubber Stamps, that aren’t just your standard stamp on paper. (*I wrote that article as part of a paid collaboration with eBay.)

I love the idea shown above: to stamp polymer clay with a rubber stamp to create an impression. So pretty!

Do you have any new ideas for how to use rubber stamps?

Here’s another creative project I made with rubber stamps: Make Custom Stamped T-shirts 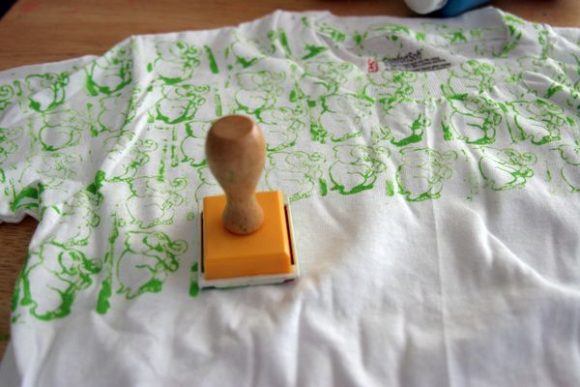