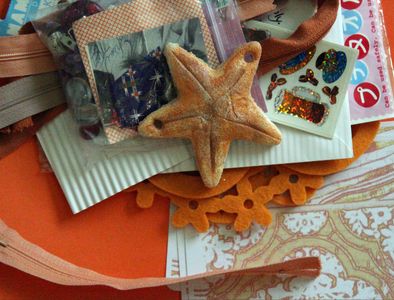 We have so many fun things happening this month! I sent the Super Secret Stash packages out last week, and have gotten notes from several of the lucky 10 recipients that they’ve received their packages. 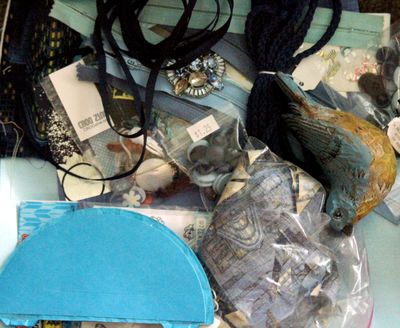 Choosing the Applicants: Over 300 people applied to be involved in this challenge, and there was no way I could choose who should receive a package, so I just had random.org choose my recipients for me. Nine of you were from the USA, one was from Canada, although we had applicants from 11 countries* including South Africa, Malta, and Ireland. I was so blown away by the response, so thanks for applying, and I will be sure to do more fun activities like this in the future! 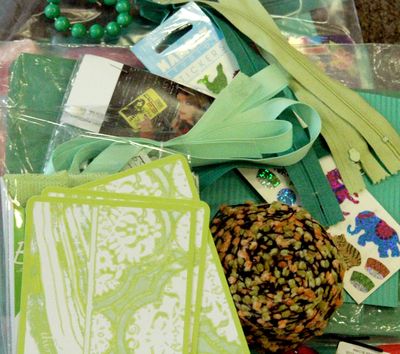 Busting My Stash: I went through my stash and came up with several boxes full of stuff to send to the applicants. I put some things from the dollar store, and a lot of other stuff that isn’t from the dollar store but is just in my crafting stash. I didn’t include much fabric because the envelopes were full before I even got to my fabric stash. I included some very random things from the early days (including my first dollar store shopping trip) of this blog, like a tattoo sleeve. 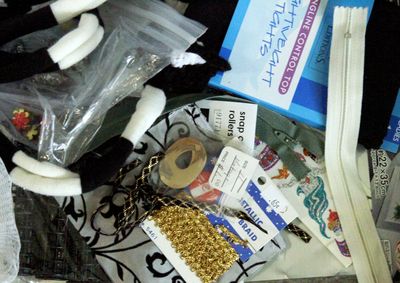 What was in the envelopes: To put a little order to the chaos, I sorted stuff into pile by color, so people would (mostly) receive stuff in a specific color family to help inspire their crafting. One or two of the envelopes were less strong in color, but had other things unifying the contents (like “metallic”). One of the envelopes was just a bunch of random stuff, which I sent to Heather because I thought she would do a good job with the assortment. 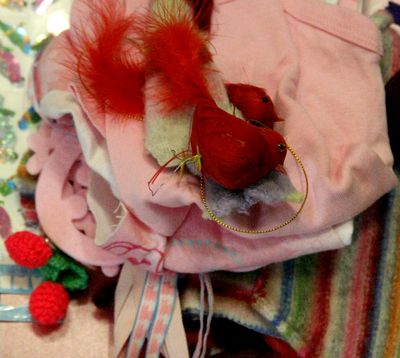 The Lucky 10: Some of the lucky 10 are still setting up blogs or don’t have them, but I’ll link to them when they’re available. I want to give them the opportunity to reveal themselves. I have heard from: 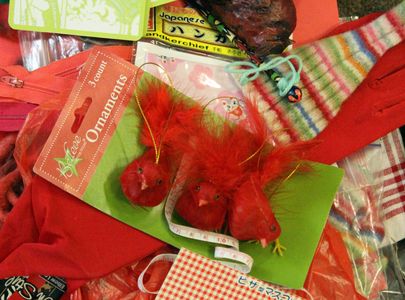 Julie from Floribunda, who posted pics of her envelope contents: the red stuff.

Sarah from Pink Lime Creations let me know she received her envelope.

Mich L. who set up a blog just to participate, and has already posted several amazing posts and projects. 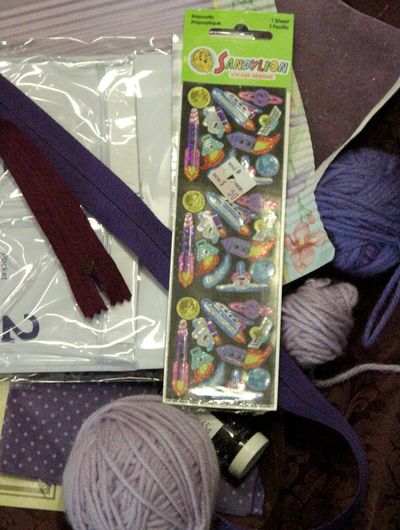 p.s. I’m still posting at least one great dollar store craft a day, even with all these other challenge and stashbusting-related posts. Did you see yesterday’s baby toy project? See how I covered some stains on old onesies and turned them into my son’s favorite crinkly toy! And help us brainstorm for a Twilight-themed birthday party! 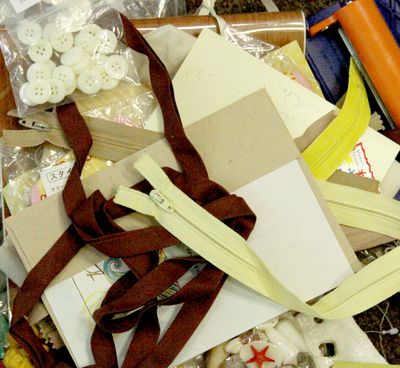