Dressing as your favorite food is so much fun! Just ask my three kids (pizza, candy corn, strawberry). I stumbled across a Handmade Costume contest online and was impressed with dozens of handmade costumes, so I’m writing a series this week highlighting some of the great handmade costumes I’ve found on various websites. This post features food-themed costumes I thought were worth sharing with you! [previous post in the series: 25 Best Geeky Handmade Costumes] 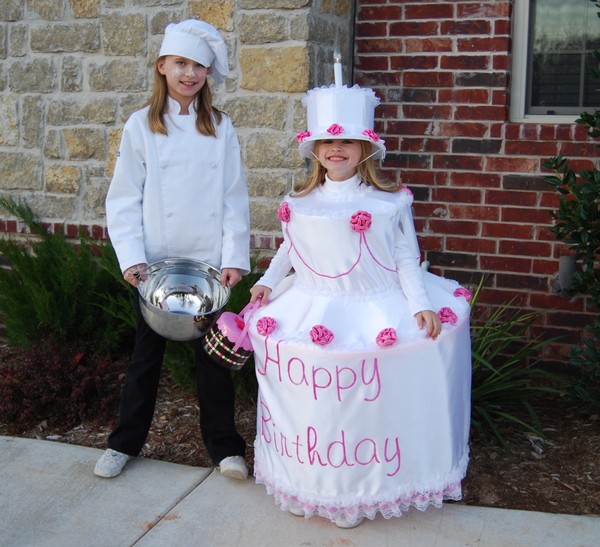 Even bigger and better than a cupcake! Looks like it was made with hula hoops to add structure. 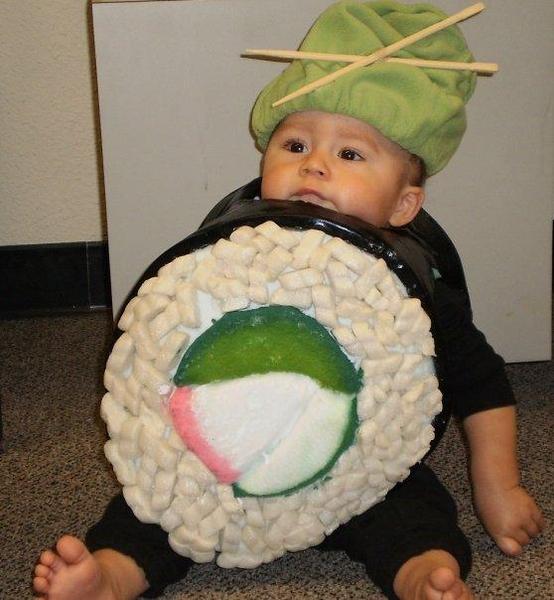 The creator of this costume said: SUSHI BABY! I made this costume for under $20 and didn’t sew a thing. I used foam padding to make the out line, covered the out side with black fabric and the middle with packing foam then used the left over foam to make the middle and painted it with craft paint. The wasabi hat was made out of a pair of sweat pants my son grew out of and glued on left over chopsticks. 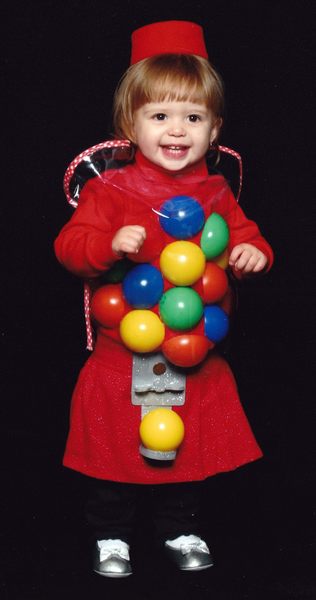 The creator of this costume said: Our daughter as a gumball machine. I used ball pit balls, cut them in half, hot glued them to a red turtle neck. I then took a child gift garment bag, cut open the top and bottom, sewed up the edges, placed black leggings, silver shoes one her..My mother in law created the top cap from a plastic bottle and red felt, as well as the bottom money slot with cardboard and plastic.

And here’s another version of the gumball machine: 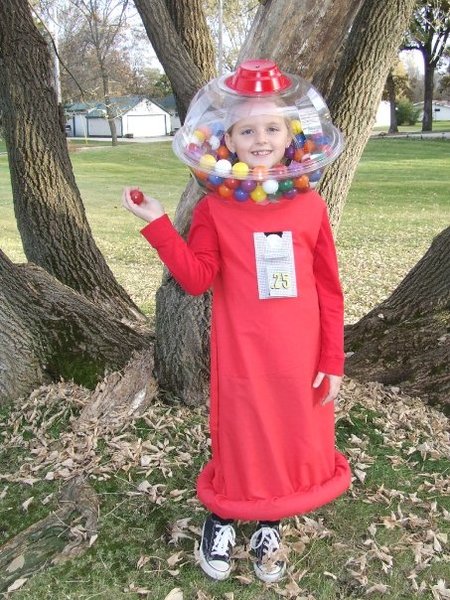 There is no info about how this one was made, but if I were going to recreate it, I would use oversized clear plastic bowls for the dome part (with a window cut out for ventilation), with a disposable red party bowl on top (most likely, hot glued together). I’d put the child in a red longsleeved shirt, and make a sleeveless dress for the red body of the machine, with the hem rolled up around something (you could use a pool noodle? looks like the creator used something smaller than that). The lightest-weight gumballs would be ping-pong balls spray-painted in various colors. 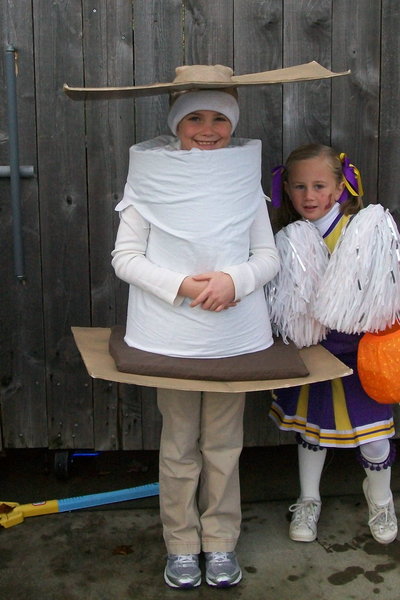 The creator of this costume said: The S’more was really easy to do! For the crackers and the top of the hat we used a can of spray texture and tan spray paint. The chocolate bar was a piece of craft foam covered in brown fabric with a hole cut so she could step through it. We used a large, rolled piece of craft foam for the marshmallow shape and covered it with an old white bed sheet and cut holes for the arms. It buttoned up the back. 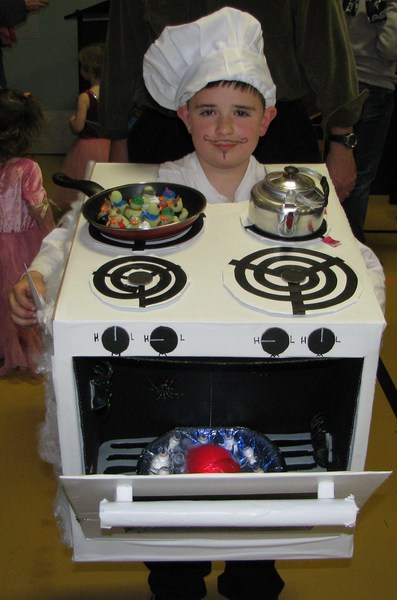 I like the idea of combining the occupation with one of its accoutrements. He’s a chef and an oven. 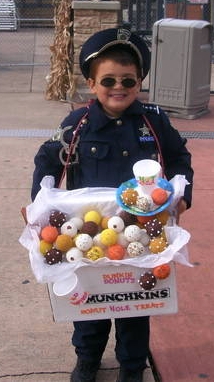 Or, if you’re gonna be a cop, might as well be a cop with something. Like a box of donuts.

Z. is dressed as the singer Katy Perry from her music video for “California Girls.” The video has a candyland theme.

I love the candy buttons costume. Not so thrilled about the Katy Perry aspect, but that’s just me and my aversion to little girls identifying too closely with big girls. Still, this costume is adorable. If I made it, I would use felt yardage for the tube-like body of the dress, and styrofoam balls cut in half for the candy buttons. I’d put wide ribbon straps on the dress, and then glue actual candy buttons onto them. Accessorize with candy jewelry (and an awesome wig, if you can find one). 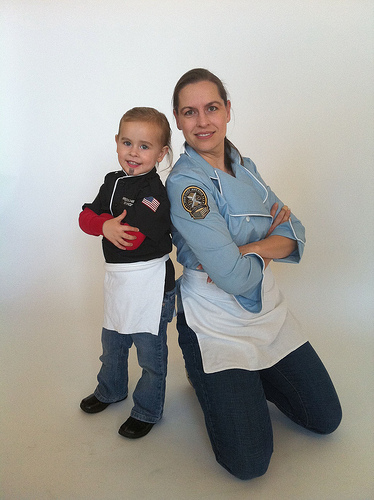 My three year old watches way too much Food Network. She insisted that she dress as Iron Chef Michael Symon and that I needed to be Iron Chef Cat Cora. Whose cuisine reigns supreme?

I just love that the three year-old insisted on being a specific Iron Chef!