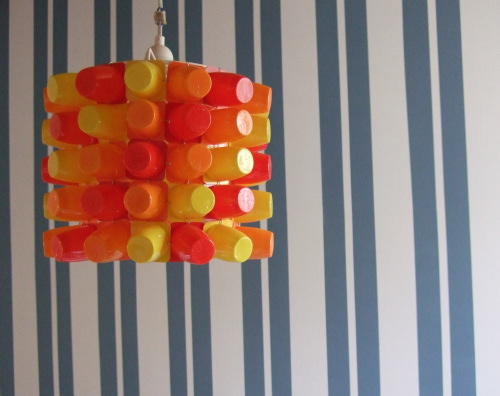 There’s something about lamps made with trash that I just love! I have featured a few of them before (such as the egg carton lamp), and I think they are so much fun. When you take a single element and repeat it, it becomes art. Or close to art! This lamp, which I featured over at my other site, Decor Hacks, was made with 70 little colorful yogurt cups and a whole bunch of jump rings. And probably a little bit of patience, too! [make a yogurt lamp] 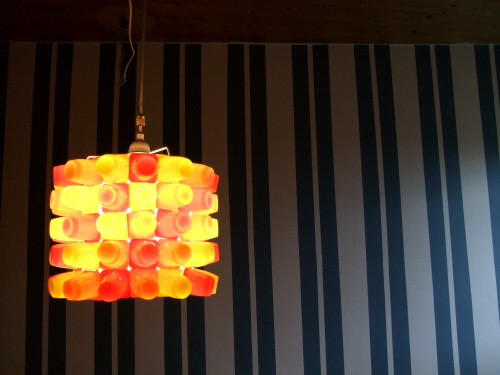 You need a whole bunch of Dan-o-nino yogurts, which one reader pointed out can be purchased as low as about 10 cents each. Keep your eye out for sales, and prepare to eat a lot of yogurt! You can get an inexpensive pendant lamp kit from Ikea or your local home improvement store.