Last year, I went to the Martha Stewart show where they filmed an entire episode devoted to dollar store Halloween costumes! At the end of the show, I got to share my $5 dollar store costume idea with Martha. Just recently, Martha Stewart made a deal with Hulu to show a lot of her video content on their site, and I was jazzed to find a clip of myself on Hulu to share with you! Would you believe this week is the first time I have seen the episode since I flew to New York to attend the show?

It was such an honor to attend the show that was ALL ABOUT my favorite topic: dollar store crafting! Pair that with Halloween costumes, and you know I was excited! 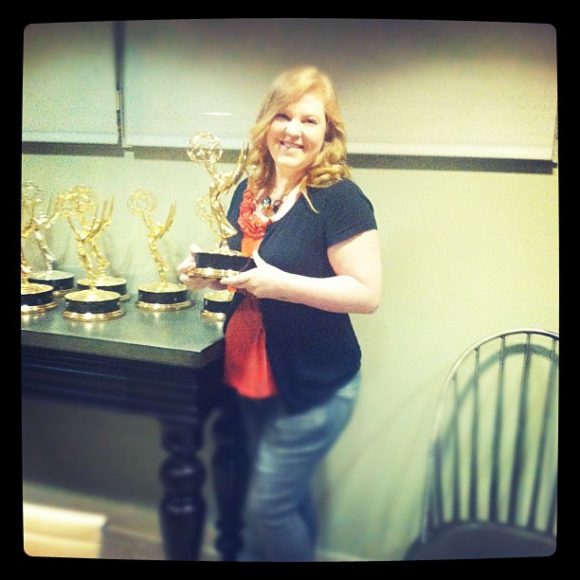