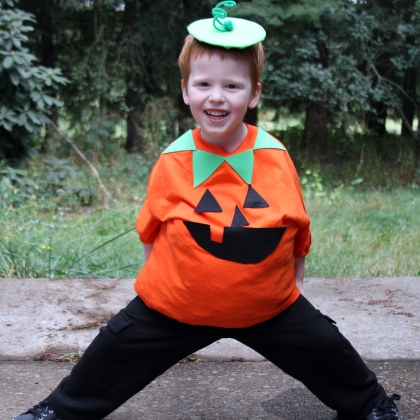 Can you believe Halloween is this week? You probably have one or more parties to go to that involve dressing up. Have you decided what your Halloween costume will be yet? Have your children? If your kids are like mine, many ideas have flown around (ours: Backyardigans, a peanut butter and jelly sandwich, a piece of pizza, candy corn), but you  might still be looking for that perfect costume. At this point, the “perfect” costume has to be quick and easy! No problem. I have a bunch of no-sew costume ideas for you.

I made this one out of an orange t-shirt (find it at your dollar store or craft store), some felt, and a hot glue gun. The hat was quick and easy to make with recycled cardboard, felt, 1/4″ elastic and a hot glue gun. [Pumpkin Costume Tutorial & Video] 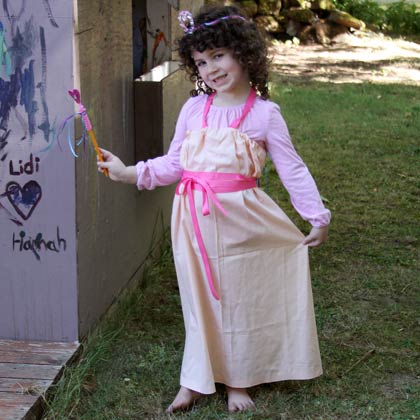 I don’t have any little girls, but if I did, I’m betting they would want to be princesses for Halloween (and beyond).  I came up with a simple no-sew princess dress for you to make. That’s right, even if you can’t sew, you can make this dress! [instructions for the no-sew princess costume]

This would be a good one to combine with the Rapunzel costume. 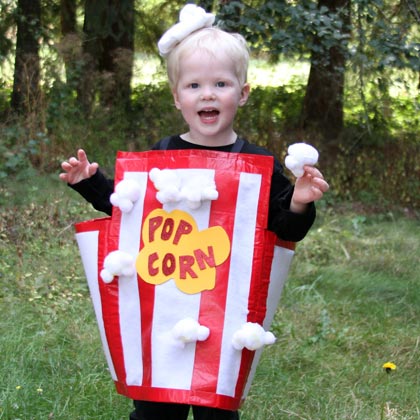 My sons are so excited by the idea of dressing as food (see our list of possible costumes above). My 2 year-old son was so excited to dress as a bucket of popcorn for our photo shoot. Secret sidebar: I added an interactive element on this tasty costume: popcorn you can attach and detach and move around on the costume. Hot glue the popcorn kernels onto the scratchy side of a piece of velcro, and then they’ll stick to your costume. [No-Sew Popcorn Costume Tutorial] 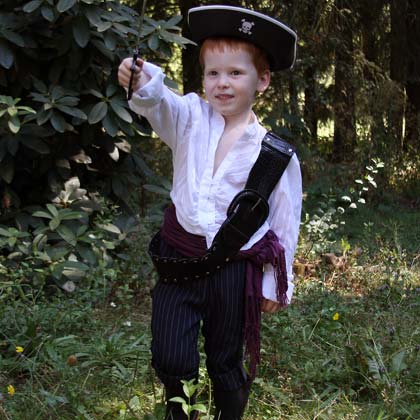 There are so many ways to dress as a pirate, I practically wrote a book about it. You can cobble this together from stuff you have on hand, and add a dollar store pirate accessory set to give it a little extra zing. [get all my tips for dressing like a pirate at AmazingMoms] 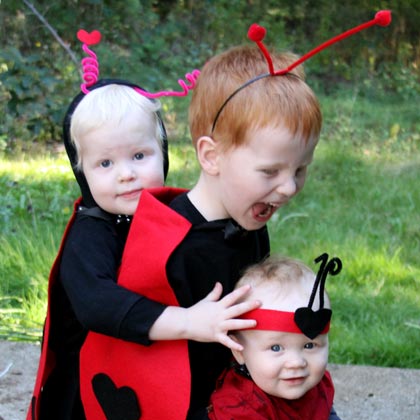 This costume is all based on that grade school trick to making a symmetrical heart. If you can do that, you can make this costume! Making a ladybug costume is so simple, but it could not be cuter. It was so cute, in fact, that I made one for each of my boys. All you need is about $1 worth of felt yardage, cute ribbon, and a hot glue gun. [how to make a ladybug costume]

Last month, I gave you some other great no-sew costume ideas, so don’t miss them:

So, have you decided what you’re going to dress your child (or yourself) up as for Halloween this year?